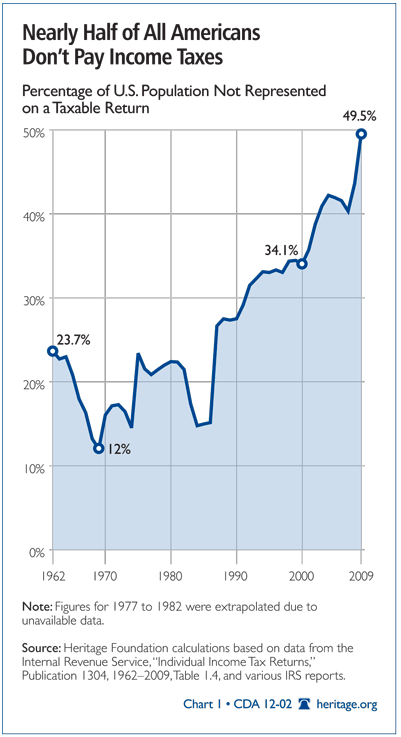 Great chart on how this country has achieved the infamous 47% who don’t pay income tax.  My take would be the rise of globalization, along with the centralization of wealth in a financial based economy is leading to the growing population of have-nots.

Here is a great example of an advertisement for Ambien masked as a new article.

Ask yourself a couple questions after seeing this:

1.  Is the revelation that a US Navy Seal took Ambien on his flight from America to Pakistan a big revelation worthy of a 3 minute news story?

2.  Is the message here that you can take Ambien two at a time – as long as you take it early (or to rephrase it – ‘take it early and take it often’).

Am curious how CNN was compensated for this story.

Interesting, but long article on Elon Musk .  If you dont want to read the whole article, at least check out page 5.

Elon Musk has a couple ideas for a quantum leap in travel.  Who knows, he may be on to something, or he may be just hyping something to attract investor dollars to keep funding his ventures, but I would be curious to hear more details about what he has in mind.

So I am confused.  Conventional economic wisdom has it that spiraling government debt will lead to massive inflation.  It seems to make sense -the more money you print the less its worth so the more people want in compensation for goods and services.

I like to look to Japan for answers, since they seem to be about 12-15 years ahead of us in the economic decline.   Take a look at these charts courtesy of a great economic data site – http://www.tradingeconomics.com: 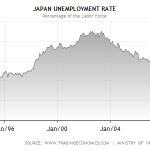 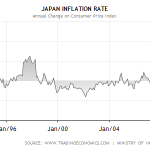 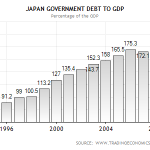 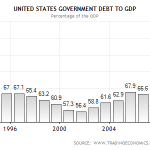 Now look at the last chart – the  US Government Debt to GDP chart.  The United States is current around 100.  Japan hit this level in around 1998.  And Japan’s number has risen to over 200%, much like the United States is projected to do.  Have they seen massive inflation? No.  In fact it looks like they are fighting deflation.  They have seen unemployment stay high and interest rates stay low.

One difference is in the stock market performance.  Japan has seen a steady devastating decline in their stock market over the last 15 years, while the US Market has recovered to almost pre-crash highs.  I dont have an explanation for this, other than the maket did rally in 1998 from 15,000 to 2000o, before crashing to new lows.  Is the US in a similar rally?

I guess as the Fed struggles to find ways to stimulate the economy and fight deflation, I wonder if this has all been tried before and has failed.  The Japanese obviously couldn’t figure it out, and I am not convinced the Fed is doing much different.

So what to invest in?  If I used the Japanese story as a model, I should take the contrarian position and invest in bonds that have high yields, or at least ladder bonds.  Even high dividend stocks would be a risk, if the US stock market starts tracking what happened to the Japanese market.  Of course if conventional wisdom is correct, and we get hit by high inflation, then bonds will get hammered.  I guess the answer is to stay diversified, and hedge your bets.  My guess is its going to be an interesting few years.