If you have any interest in economics, you have to pay attention to the grand experiment Japan is conducting on its economy.  This has to be the strongest test yet of using monetary policy to impact an economy, and the stakes are huge.

Lots of interesting articles on this – my recent favorite is this one:

To summarize, the stated Japanese policy is to print money and cut taxes until they achieve 2% inflation.  And this is a country who already has twice the Debt to GDP ratio as the US.

Note the effect that this policy has had on the Japanese stock market and the Yen: 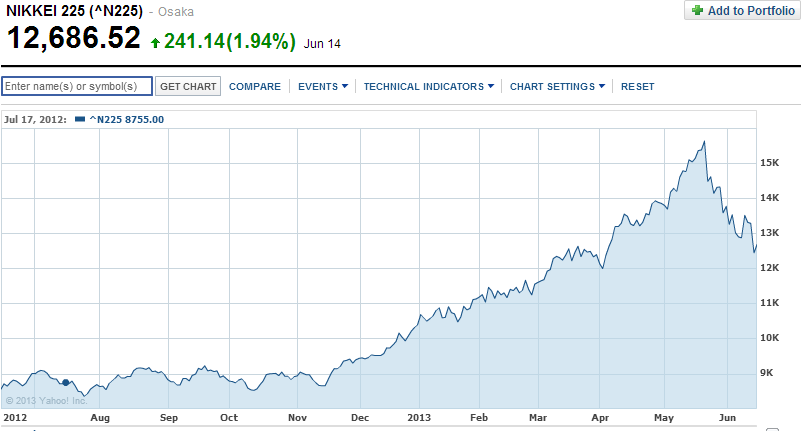 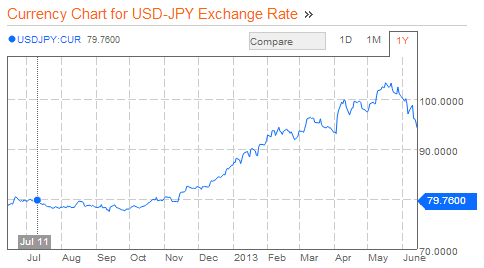 This article brings up several key points – that inflation is largely a factor of demographics.  This is my favorite chart of his article: 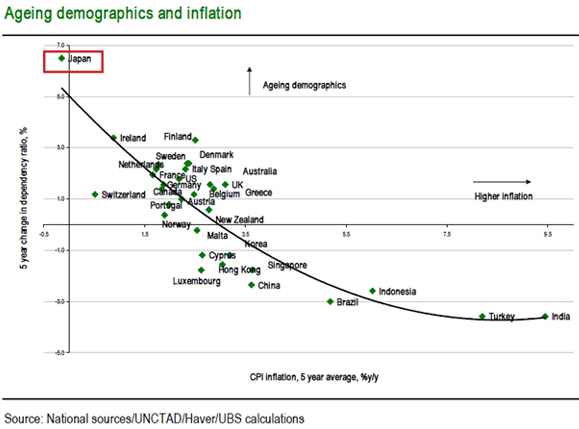 Looking at this chart – attacking inflation with monetary policy would appear to be futile – or risky at the very least.  Is Japan flirting with things spiraling out of control as their debt becomes too high and credit rating drops to junk?  Could this lead to hyper inflation as the Yen approaches worthlessness?  Remember – Japan is the third largest economy in the world.

Note that the charts of the Yen and the Nikkei show a reversal in recent days – the prevailing mood of the markets is that the government is going to back off this policy.  I think that would be the best of all possible results.  Why?  Because if Japan moves forward with this, and fails, I fear for the Japanese citizens and economy, which will ripple out to the rest of the world.  If this succeeds, then this will be the new model for the worlds economies – and everyone will start printing money to try to fight the demographics of aging.  It will be determined that deficits don’t matter.

So keep an eye on this Japanese situation – it could portend to be future of the American Economic policy.

One thought on “The Japanese Economic Experiement”