Microsoft stock has been one of the few stocks I have tracked consistently over the last 30 years. In 1990 I finally decided to buy Microsoft stock, even though the P/E on the stock was through the roof. Previously I had always looked for stocks that appear cheap on a valuation basis, but I felt Microsoft was going to be a winner and it was always overpriced. It turned out to be one of my best investments ever, splitting 7 times from 1991 through 2003.

Unfortunately, I fell in love with the stock and held it throughout the 2000’s when it did very little. The technology world was changing, and the Ballmer administration (in my opinion) lost touch with developers and made some really bad decisions. I finally drained my position in 2010 as I saw no ideas coming out of Microsoft that could justify me owning the position.

After Ballmer left and new CEO Satya Nadella came in, in 2015 I bought a small position since I new Nadella had been the head of the Microsoft Azure Cloud business, where I had seen good and creative decisions. I exited that position in 2016 with a small profit, when I became concerned that the cloud business could not make up for the loss of Windows revenue as the price of Windows goes closer to zero every year. The other concern I had (which I think is still somewhat valid) – is that the cloud business is a commodity business, and all the other cloud providers have alternate sources of revenue. For instance, Amazon and Google could treat the cloud business as a loss leader, really cut the price of cloud, and could survive on its other businesses. Microsoft is disadvantaged in that respect as the Windows revenue is dropping.

But this month, I decided to get back into Microsoft stock. After giving much it much thought I decided that even though it is expensive (much like when I first bought it) I think it has upside potential. Below are the reasons for finally getting back in: 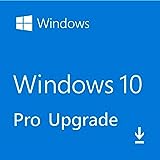