I finally built a position in Apple stock after years of being out of it. The last time I held Apple was in 2013, but I sold out based on just not being a believer in the company. I was not impressed with their ability to innovate, and I didn’t think their app store margins could hold up, so I thought there were better opportunities elsewhere.

For the most part – I was wrong.

I will admit that it has been hard to match the performance of the S&P 500 without holding any Apple stock. Apple accounts for around 5% of the S&P 500 – so I have been missing an important factor in my quest to beat the S&P.

I am not in the Apple ecosystem – the only Apple product in our house is my spouse’s work phone. But I am seeing a few reasons to buy the stock now – which is what let to my change of heart:

I still am skeptical that Apple can keep their 30% margins in the app store – we have already seen them start to weaken on their pricing. But at this point – I think they have enough new products to build their ecosystem and user base to offset any margin shrinkage. I had also been skeptical that Apple was not much of an innovator – every year they just add silly bells and whistles to their phones to get people to upgrade. But I am seeing enough evidence now that they have been doing a great job innovating all their products into an ecosystem, with a real vision on how it will all fit together.

I hate buying stocks like this after a long huge runup, but I am not looking for this new stock position to ‘knock it out of the park’. Apple will be just a core position that I hold and hopefully just watch it grow slowly, as the company sucks more and more people into their ecosystem. I still have no plans to buy any Apple products.. but never say never. 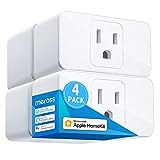