I guess I am  a sucker to click on any article describing the next Four Horsemen of the ‘economic apocolypse’ – but this article resonated with me not for the belief in an apocolypse, but for the economic analysis:

My favorite quote from this article (emphasis mine):

The central-bank economic models that worked in the past aren’t functioning properly, in part because of changing demographics and technology.

“You have the Four Horsemen of the Economic Apocalypse out there as well,” Limbrick said. “You have aging baby boomers, tech disruption, a globalized labor market, and massive debt.”

And if that’s not enough to spook investors, they’re realizing that the next bank crisis will most likely end in losses on bonds and deposits rather than another bailout.

So if you think about it, the Fed has a real uphill battle trying to spur growth in this environment.

Throw in long term low energy prices (perhaps brought to us by the tech disruption horseman) and that adds even more headwind to increased growth.

Maybe economists should be working on financial stability, and quit trying to force economic growth when so much is lining up against it.  It’s been 8 years now since the start of the last recession – given historical business cycles another one cannot be too far away.While I am not predicting financial apocolypse, I do think the next one will be painful, perhaps with bondholders being the surprise victim as govenments around the world use strategy from the wrong era.

“…like armies always training to fight the last war, our banking system is always merely setting up protection against past experiences.”

I know America doesn’t have the money to waste on art projects (we need to keep adding to that defense budget) – but Iceland is providing a great example of alternative ways of spending money other than on a bloated defense budget.

Take an existing eyesore, add some ingenuity, and you get a piece of art: 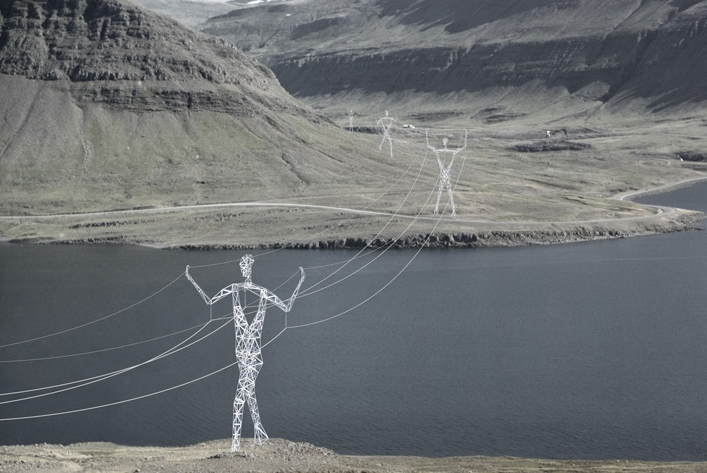 A great overview of the project here – the Choi+Shine architecture firm is responsible for this – but give Iceland kudos for spending a little more money on this project to provide something special.