Time for my fourth annual solar power progress report.  This is the fourth year of having solar panels on my roof (for the full story click here), and production has been humming along.  For 2018, the panels produced 3591 kilowatts of power, 6 kilowatts less than last year.   Below is a chart of my 4 years of production by Month:

We had a sunnier than average year overall, however our summer skies were filled with smoke from wildfires, and I think that is what kept me from beating last years number.

As I have mentioned in previous posts, I had originally penciled out a 6 year payback when I made the decision to move forward with this plan.  Last year I was projecting an 8 year payback on my investment, and this year, that is looking optimistic for the following reasons: 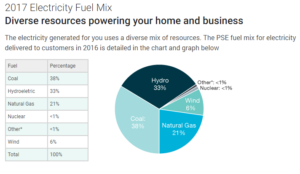 Given this drop in incentives and electricity prices, I am now targeting a payback of 15 – 18 years.  When the incentives presumably end in 2020, my annual revenue will be in the neighborhood of $370 dollars, unless electricity spikes back up or if they extend the incentive program past 2020.

The good news is the panel production has not been significantly dropping off, so they should last for a long time.  Interestingly,  I noticed on Amazon.com that you can buy panels now for about 80 cents a watt, the first time I have seen it under a dollar.  I suppose if I wanted to double down on solar power,  I could buy them as they get cheaper to reduce my payback time.  I think some rough calculations show that at 80 cents a watt, that would have around a 4 year payback, assuming I could easily add them into the current array.

Regarding maintenance, still pretty easy.  Twice a year or so I use a mop to wash them off with dish washing soap, then rinse them.  I don’t notice a big spike in production after I clean the panels, so more frequent cleaning doesn’t seem to make sense.  I am collecting a lot of tree debris underneath the panels, so I may have to figure out how to clear that out so as to not hurt my roof from rot.  I may invest in some racks that elevate the panels so I can clean under them, and the racks also allow for better angles for the sun.

As long as we are on the subject of power, I also recorded my power usage again this year.  Usage was down again this year, but by only 1%.  I again attribute it to replacing more lights with LEDs as the old incandescent ones burn out.  I am guessing one of my biggest power expenses if the refridgerator, and we got a new larger one this year, so I will not be surprised if my power usage is up next year.

Overall, still happy with my investment, and I still think residential solar / utility scale wind and solar is the power model of the future.  I will get most my investment back in the first 5 years, so it still wasn’t a bad investment in a low interest rate world.

My latest article for Seeking Alpha was just

posted – titled eMagin Is Still Just Potential. This covers a company I followed for a long time -eMagin. They make high quality micro-displays, and have been trying to crack the virtual reality market for a long time. I have been waiting / hoping for them to find success, but so far it has been elusive. Recent developments have knocked the stock price down below $1, at a time where it would appear it is starting to perform. It’s an interesting story (I think..).

It’s time for my third annual ‘Best Reads’ of the year post.  Again this year, this is not only my best reads, it’s all my reads.  So your first thought likely is, really?  5 books in a year?  And that surprised me too..  but I don’t really carve out a specific time to read, and I spend a lot of my free ‘relaxing’ time either writing or programming.  Plus.. the Peter the Great book was a big book with very few pictures..   Anyway, without further ado – here are my quick opinions of the books I read this year, in preference order:

1.  Peter the Great: His Life and World

[amazon_link asins=’0345298063′ template=’ProductAd-NoMargin’ store=’vgs0c1-20′ marketplace=’US’ link_id=’90d220ba-03fd-11e9-80fa-f5d032527615′] My favorite book I read this year.  I knew nothing of Peter the Great and very little about European history circa 1700, and only decided to read this book because I enjoyed another book written by Robert Massie ([amazon_textlink asin=’0345375564′ text=’Dreadnought’ template=’ProductLink’ store=’vgs0c1-20′ marketplace=’US’ link_id=’6f9e562b-0e24-11e9-943a-5b3822b0c9f0′]).  What I most appreciate about Massie’s writing is he provides great summaries of all the related political landscape and important people throughout the book, providing a great feel for the layout of Northern Europe during Peter’s time.  He also has a way of giving you a feel for the subject of the book, a real persective on the quirkyness and intellect of Peter the Great.  If you have enjoyed any other of Massie’s books, I would definitely recommend this one.  And if you enjoy history, and have not read a book by Robert Massie, you owe yourself to try one out.

2.  The Good Rain: Across Time & Terrain in the Pacific Northwest

[amazon_link asins=’0679734856′ template=’ProductAd-NoMargin’ store=’vgs0c1-20′ marketplace=’US’ link_id=’a39bda57-03fd-11e9-a9b6-c3561ca899d3′] I enjoyed this – it was like a collection of love letters to the Pacific Northwest.  The author obviously has a fondness for the Pacific Northwest, and has collected several short stories around various cultural aspects.  This was written in the early 1990s, so in some sense it is history, though since I lived thru this period and was working in Seattle at the time it brought back some interesting memories (Lesser Seattle anybody?).  He did a great job bringing to live some semi-obscure Pacific Northwest personalities of the time, bringing on a feeling of nostalgia for Seattle before the big Tech boom.

3.  When Paris Went Dark: The City of Light Under German Occupation

[amazon_link asins=’0316217433′ template=’ProductAd-NoMargin’ store=’vgs0c1-20′ marketplace=’US’ link_id=’b7f43efe-03fc-11e9-bf86-cffdcfb1688b’] Since I was planning a trip to Paris this year, I read this prior to going to Paris.  Since I have already visited Paris a few times (and it is one of my favorite cities), I am pretty familiar with the layout and neighborhoods of Paris.  This provided me an interesting time dimension from this book to know the areas of Paris in a different time.  It makes you think about what it would be like to live under the oppression of a victor, something I hope to never experience.  Also an interesting recap of what happened after the war, and the division of the pro and anti-Nazi sympathizers after the Nazis left.  Definitely worth a read if you are interested in WWII history, and either are planning to visit Paris or have recently visited.

4.  Hillbilly Elegy: A Memoir of a Family and Culture in Crisis

[amazon_link asins=’0062300555′ template=’ProductAd-NoMargin’ store=’vgs0c1-20′ marketplace=’US’ link_id=’bd4e8683-03fd-11e9-aa2e-ab5a4770b059′] I read this book with the hope of getting a good feel for mood, problems and culture in middle America, which I assume to be pretty distant from the relatively liberal Pacific NW.  It was an interesting and easy read, but I don’t feel like it gave me the insight I was looking a far.  It felt more like a limited picture of a hard luck story of one guy, who made it out of a tough childhood situation.  I think my goal would of been better accomplished if I found a book that interviewed many different people with different perspectives.  But an interesting story none the less.

5.  The Wizard of Menlo Park

[amazon_link asins=’1400047633′ template=’ProductAd-NoMargin’ store=’vgs0c1-20′ marketplace=’US’ link_id=’cea44fc8-03fb-11e9-991b-2f91d7897eeb’] This is a biography of Thomas Edison covering hist life and works, and I am not sure why this book didn’t resonate with me.  It was an interest period of time about an interesting guy, but I just didn’t get a good feel the person or the period.  I felt the author was kind of negative on Edison, which surprised me a little but I don’t think that impacted my interest.  I think it just seemed like a story told from 30 feet away from the subject, so it wasn’t as immersive as other biographies  I have read.

For 2019, Probably another book or two on European history, and probably some more American history subjects.  But when you only read 5 books a year, my challenge is to read history faster than time creates it.