I have been thinking a lot lately about Modern Monetary Theory (MMT) – the economic principle that the US has defacto adopted as part of the COVID-19 stimulus package. One could argue that we had adopted it prior to COVID, but the record money printing that the US did in early 2020 cements our place in the MMT camp.

Wikipedia has a good summary of the principles of MMT. This table of the main tenents is the most enlightening. A government that has the power to issue its own currency:

So if I understand this right – as long as there is no inflation, the government can print as much money as it wants. Deficits truly don’t matter. I can see why this is so attractive to governments around the world.

A few issues I have with this. It’s pretty clear that as the government has run up huge budget deficits in the last 10 years – the money has gone into the stock market – not the economy. So the only inflation that has occurred is in financial assets, which I assume is excluded from the traditional measure of inflation. Now maybe that is because of the way the government has been distributing all this excess cash. If over the last 10 years the focus had been to to get the money to the public rather than work through the banking system, maybe these excess dollars would be showing up in the economy as inflation.

The other issue I have with this (as does the author of these points apparently) is item #4. The assumption is that when inflation does arrive, the government will raise taxes to slow the economy. I find that uh.. very unlikely – as there will be no political will to do so, especially when workers are seeing their paychecks erode during inflationary periods. Unless of course the taxes are raised on financial assets and investments – and we know there is no political will to do that. We can even look so far as the latest CBO Budget estimate to see there is no projection to deal with budget deficits through 2030:

Perhaps the assumption is there will be no inflation for the next 10 years – in that case – the good times are here.

Nobody knows how this will ultimately play out. if no inflation does occur in the next few decades, I will have to admit the Modern monetary theorists were probably right. If we do start to see inflation, and see rising interest rates increase the debt service in our annual budget, I will be interested to see if the Modern Monetary Theorists stick to the plan when it becomes politically difficult.

SUMMARY of The Deficit Myth By Stephanie Kelton: Modern Monetary Theory and the Birth of the People’s Economy (Kindle Edition)
Read More

I just published another new article on Seeking Alpha:

Adams Resources and Energy is a company I have followed for awhile, and decided to do a deep dive into seeing where this company is going. Right now I am neutral on the stock, but if new management can show commitment to improving margins, it might be a nice ‘safe’ place to invest. Its tied to oil prices, so if you think oil is going to zero (or below) – probably not for you. 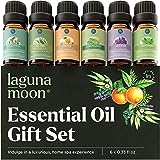