A quick rant – though I know this article is over a month old.

One would think this article is from the satirical site The Onion – but this is a serious new piece.   This quote from the article shows the emergency America is facing:

The Air Force has fired more than 20,000 missiles and bombs in the air war against the Islamic State, depleting its stocks of munitions and prompting the service to scour depots around the world for more weapons and to find money to buy them, according to records obtained by USA TODAY.

Wow – I guess we should throw a few more billion at the military budget. 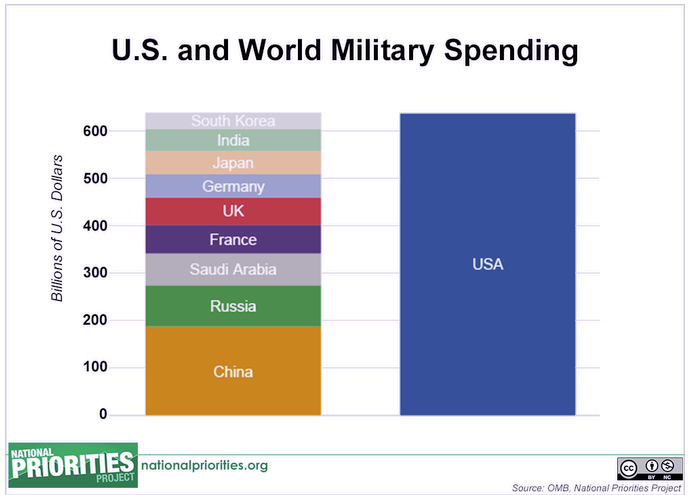 But wait – lets see how effective this campaign is:

USA TODAY reported earlier this week that Army Gen. Lloyd Austin, who oversees U.S. military activities in the Middle East, estimated that the air war has killed 23,000 ISIL fighters, raising the death toll by 3,000 in just over a month. However, the movement continues to recruit replacements, and the Pentagon does not release its estimates of the war dead.

Lets see… 20,000 bombs, and we have killed 23,000 ISIL fighters – yet the movement continues to recruit replacements.  So effectively once could calculate easily that each bomb produces under 1 enemy casualty (lets assume that for each casualty we recruit .5 replacements) – no statistic on how many innocent people are killed.

This is really our best strategy?  But hey – what else should we do with American tax dollars – its not like we need to save money or anything.